‘If you do the work well, nothing happens!' - Dr Rachel McFadyen AM

Who knew you could be awarded with one of Australia’s highest honours for nothing, zero, nada. Entomologist and biocontrol expert Dr Rachel McFadyen AM, that’s who.

And the recently appointed Member of the Order of Australia (AM) will go on to tell you that in her line of work, nothing is in fact the desired outcome.

Dr McFadyen was recognised for her significant service to biosecurity and to entomology.  Her Excellency Dr Jeannette Young AM PSM conferred the award at an Investiture Ceremony late last year that included celebrated athletes, distinguished Defence Force service personnel, prominent businesspeople and innovators, and other distinguished scientists much like herself. 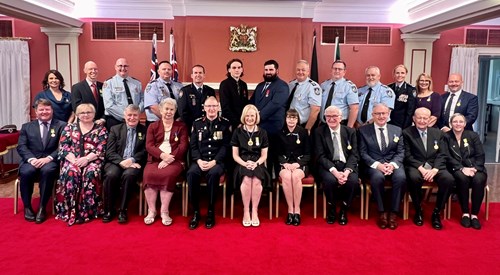 While Dr McFadyen can name a laundry list of scientific breakthroughs she has been involved in, she says that her real power lies in achieving nothing at all.

“If you do the work well, nothing happens! So I could show you paddocks full of all the weeds we do not have – but it lacks punch!” she quips.

“All my life, I have worked in biological control of major weeds, bringing in insects and diseases to control them, while making sure these same insects do not damage other plants. Over the years, I have been involved in the successful control of harrisia cactus, parthenium weed, annual ragweed, and rubber vine.

“I was instrumental, with others, in getting the laws changed to prevent new weedy plants coming in legally – until 1984, the law only blocked importation of plants already present and weedy in Australia, but this was progressively changed to the current more sensible system, where importers have to demonstrate that the proposed import will probably not be invasive.”

Along with her significant service to biosecurity, and to entomology, Dr McFadyen was recognised for her service as a member of the Ministerial Advisory Committee for Biosecurity Queensland, as Director and Bio-control Task Leader of the Cooperative Research Centre for Australian Weed Management, as President of the South East Asian Regional Section of the International Organization for Biological Control, and the Entomological Society of Queensland, as a Fellow of the Royal Entomological Society, London, as Co-Editor of CSIRO publication Biological Control of Weeds in Australia, as an author of various book chapters on weeds, and as the recipient of numerous awards.

“It is great to see biosecurity recognised,” she said in the wake of her appointment.

She also credited her faith-based upbringing in Scotland with much of her approach to work, including any successes she is credited with.

“In my work, I believe in doing the best I can in any job I do, leaving the outcomes to God, and accepting praise or criticism as they come,” she says.

“This has given me great peace of mind in often difficult and sometimes life-threatening situations.”

“This was taken in 1976, a few months after I arrived in Australia, and I’m standing with two Queensland Department of Lands field staff in the middle of a patch of harrisia cactus in a property south of Collinsville in North Queensland. Note the lack of protective gear in those days – no proper boots, no hats, no long sleeves!” 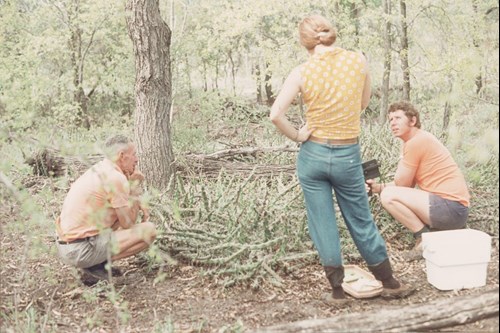 Do you know someone who has made a positive difference, served selflessly, or whose achievements contribute to our collective strength?

The Order of Australia is the nation’s pre-eminent awards system, representing the best of what we do across the breadth of who we are. From community volunteers to entrepreneurs, from artists to educators, all Australians are eligible for an Order of Australia award.

However, it relies on people to nominate someone they feel deserves recognition for their hard work, service, sacrifice and accomplishments, be they colleagues, leaders, peers or neighbours.