Inside Government House with Darren Yeap

The Fernberg (German for distant mountain) Estate has been the official residence and workplace of Queensland Governors since 1910. Mr Yeap has spent the past eight years overseeing formal and informal gatherings here as Hospitality Services Manager. 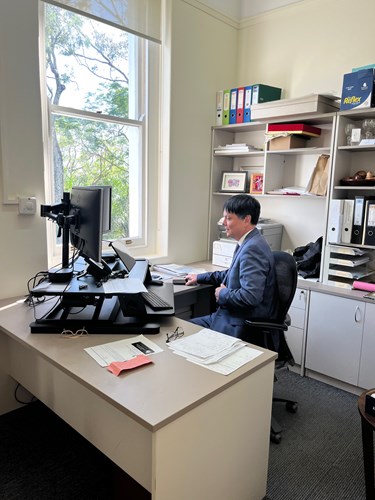 A big part of his job is ensuring visitors feel welcome in what the current Governor, the Honourable Dr Jeannette Young AC PSM, considers to be a place for all Queenslanders.

Countless Heads of State and dignitaries have discussed affairs of State over a meal in the formal Dining Room, attended meetings in the Sitting Room, or taken tea in the Drawing Room. Downstairs, in the vast Investiture Room, Her Excellency presents Australian Honours and Awards to Queenslanders who have made outstanding sacrifices and contributions to the community.

And Mr Yeap choreographs everything from the flower arrangements to the food and other refreshments on offer and the impeccable timing with which they are served; helped by his extensive knowledge of the Estate, its history and traditions, and a keen eye for detail. 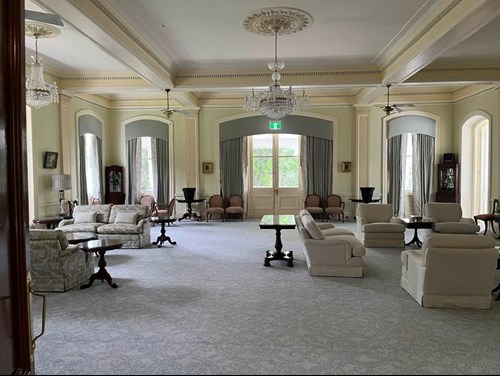 “We're having a heritage plasterer restore this 1890s cornicing,” he says, waving his hand toward the ceiling in the formal dining room of the heritage-listed Brisbane property, surrounded by 10- hectares of remnant original bushland.

It’s one of many restoration projects around which Mr Yeap must manage a busy schedule of Vice-Regal events, ranging from the constitutional to the ceremonial and civic.

For Government House is a unique combination of private residence, busy office, stage for public events and Investiture Ceremonies, and a proud reminder of the State’s history and heritage.

And when it comes to fulfilling one key challenge set by Her Excellency, Mr Yeap can be rightfully proud, having surpassed his goal of 90 per cent of menus for official Government House functions featuring Queensland produce.

“With the wines, for functions we’re now 100 per cent Queensland wines,” he says, adding that sourcing consumables locally dovetails with efforts to lower the Estate’s carbon footprint.

“The ports and wines that we serve are primarily from the Granite Belt but also from the South Burnett, St Georges area,” he says, adding that a tasting panel, which includes the Vice-Regal couple, selects the wine to be served at formal dinners and functions.

“For refreshments, soft drinks are from Grove, primarily because they source much of their fruit from Queensland. The lemon lime and bitters we get is from Crow’s Nest.”

The creation of a Governor’s Blend of tea and coffee is another initiative of Mr Yeap and his team, to honour Her Excellency’s commitment to local produce.

The tea is 50 per cent sourced from the Daintree and 50 per cent the Atherton Tablelands, while the coffee is at least 40 per cent Queensland-grown beans and roasted in Brisbane’s West End. 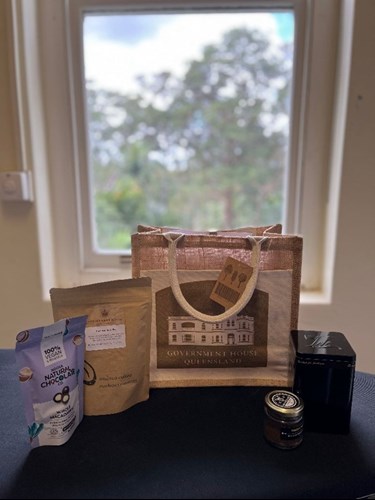 “If we can’t get a Queensland distributor, we get an Australian one,” says Mr Yeap.

“We'll try and get Queensland manufacturers to refurbish our furniture and ask that they consider if they can incorporate Queensland fabric, or maybe a cushion from an Indigenous artist. For Soft furnishings, we will get someone local to come and consult wherever possible.”

The push for locally sourced goods does not just apply to what is consumed by visitors to Government House. Mr Yeap proudly shows off a set of steak knives, for use in the Pavilion, that have been handcrafted by a knifesmith in Maleny from tea tree wood sourced from the Fernberg Estate. 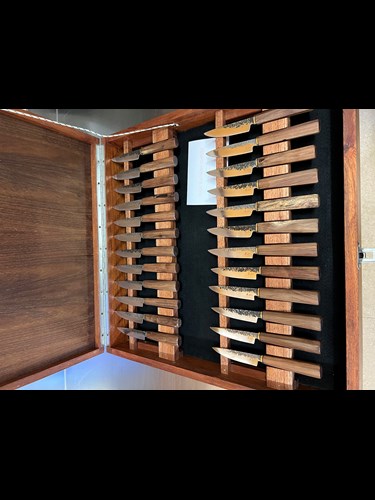 Then there’s the Governor's gift bags, provided to special guests and visiting dignitaries, and containing such iconic Queensland products as chocolate macadamias from Noosa and an Indigenous wattle seed mix that Professor Nimmo himself is a big fan of, using it as a rub for his barbecued meat!

“In the gift bags, we include a recipe for our signature Wattle Seed Creme Brulee created by our Head Chef, in case people don't know what to do with it,” Mr Yeap quips. 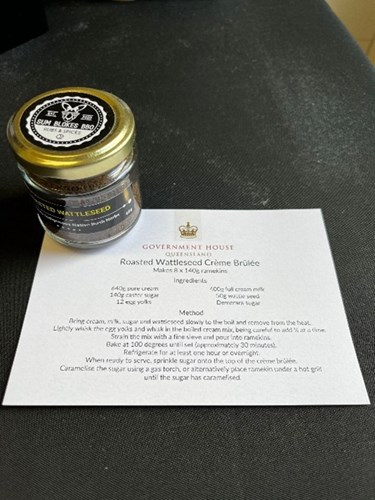 During a tour of Government House, Mr Yeap enjoys pointing out the many artworks purchased during regional visits - by this Governor and her predecessors – to such farflung corners of the State as Lockhart River and Arukun.

There are also various works on loan from Queensland artists that reflect different Queensland landscapes, from the Gold Coast to Cape York.

And there are the rare insights Mr Yeap can provide into Vice-Regal life, including the protocols that follow any Royal visit to Queensland.

“If there's a Royal visit we will be told what they like to eat,” he says, adding that the Queensland-made edict may have to remain flexible on such an occasion. “If we can get it in Queensland, great. But you're not going to change the martini the King drinks, and if he drinks it with Gordon's, we'll serve it with Gordon’s.

“We're not going to say, ‘Oh we've got a nice Queensland gin’. He drinks Gordons and I'm pretty sure that's the way it will be.”

He says it is also important to remember that while “this is a house for all Queenslanders, it is the Governor's home” - a place for Her Excellency to rest and recuperate in between official engagements. But if 2022 was any indication, the work of supporting Queenslanders – and promoting all this great State has to offer - is never done.