Young mums with lived experience of gestational diabetes joined those with familial links to the disease, along with researchers, fundraisers, and nature devotees at Government House on  Wednesday 16 November.

A light breeze and blue skies made for a delightful Wellbeing Community Bushwalk, led by the Governor in partnership with Health and Wellbeing Queensland and dedicated to raising awareness about diabetes. 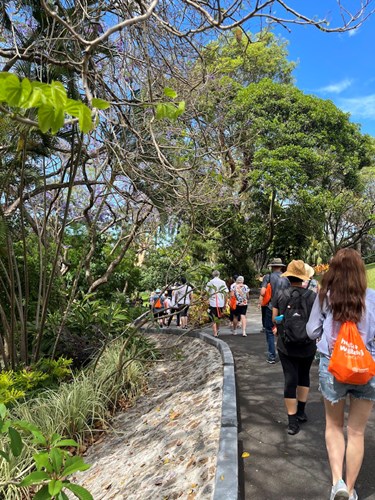 “While we are blessed with a world-class health care system here in Queensland, we know that high rates of diabetes in our community place a strain on the system like few other conditions.”

She cited Australian Institute of Health and Welfare figures as showing diabetes accounted for 11% of all hospitalisations in Australia, and disproportionately affected Aboriginal and Torres Strait Islander communities and those living in lower socio-economic or remote areas.

“Of these admissions, the vast majority, 61%, are for Type 2 diabetes, which is almost wholly preventable.”

The good news, she said, was that “we can all play a part in reducing rates of diabetes and improving outcomes for those living with, or at risk of developing the illness.”

Ed Parker (@edparker), an avid bushwalker and cyclist, said he found out about the walk via Facebook, but that “curiously enough just in the last couple of months our 48-year-old son was diagnosed as being pre-diabetic. 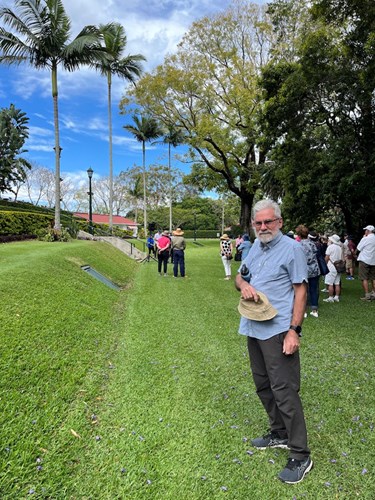 “He’s been into junk food over the years, and a bit overweight, but otherwise quite active. It was a wake-up call for him.

“He ended up in hospital for the weekend under observation. He’s taken it very seriously: he monitors, uses an app to do his stats. He said to us, “they have all this information, why don’t they tell us before it’s too late!’

“We figured, well a lot of it is common sense. But a lot of us think it’s a disease that just belongs to old people.”

Alyssa, who moved from Russia to Australia 10 years ago for work, said that during her first pregnancy she was diagnosed with gestational diabetes, which causes high blood sugar that can affect both the pregnancy and the baby's health.

It was a surprise, yes,” said the slim and, by her estimation, relatively fit young mum, undertaking the walk with her own mother.

Friends Shen and Lisa took advantage of their kids being at school to join the walk. 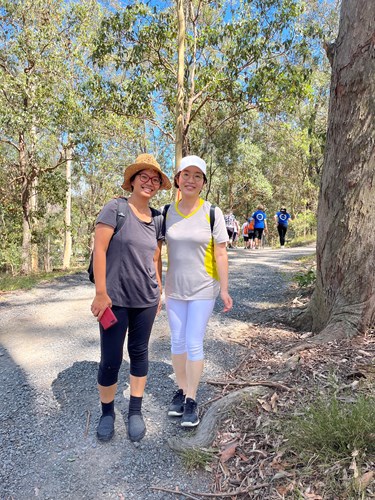 “My son’s a Scout and they sent an email, but he couldn't come because of school, so I booked in and called my friend,” said Lisa.

“I gain weight and have irregular eating habits, and I heard that even though people can be thinner they can have more problems than is obvious. My father and grandfather have a diabetes history, and I’m not too keen on that path.

“It’s beautiful walking as a family, and now I want to show my kids Government House.”

Yeni and Deanne were walking on behalf of Lions Medical Research Foundation (LMRF), of which the Governor is Patron. 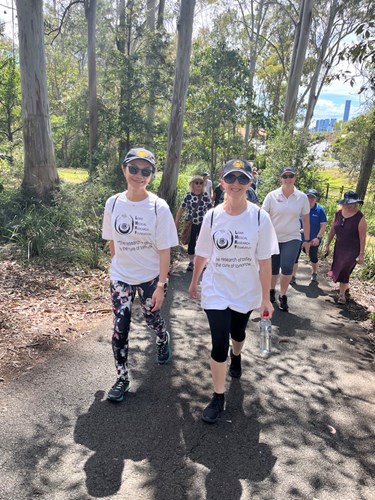 She said the research was aimed at diagnosis and prevention, lowering “the probability that both mother and child will have trouble with diabetes further down the track”.

Said Karen: “My grandma had diabetes and my father was diabetic, and (talking to Asha), ‘You know Big Steve, his daughter has Type 1 diabetes… and Madelaine’s mother…’.

“And there’s always the chance of prediabetes when you get to my age, which I’ve just had a test for.

“We have a very, very active group. We have quite a few camps coming up next year and we do a lot with our District as well.”